Small and medium-sized enterprises across the airline’s global route network can now earn Qrewards for all business travel, redeemable for any flight at any time

Contents hide
Small and medium-sized enterprises across the airline’s global route network can now earn Qrewards for all business travel, redeemable for any flight at any time
Notes to Editors:

BEIJING, CHINA – Media OutReach – 3 April 2019 – Qatar Airways is pleased to announce the expansion of its ‘Beyond Business by Qatar Airways’ corporate rewards programme to its entire network. The programme, which launched in Europe and the Americas in January 2019 and in Qatar last month, introduces a new currency, Qrewards, enabling business travellers to take advantage of a wide range of exclusive benefits. 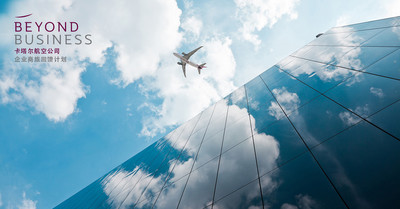 With ‘Beyond Business by Qatar Airways’, small and medium-sized enterprises earn valuable Qrewards which can be redeemed on flights to any of Qatar Airways’ 160+ destinations. Unlike other programmes where redemptions are permitted only on select flights at select times, ‘Beyond Business by Qatar Airways’ enables businesses to redeem Qrewards on any flight with available seats. By progressing through three new reward tiers, Elevate, Accelerate and Ascent, customers can unlock faster earning and unique benefits, including fast track Qatar Airways Privilege Club Gold status, lounge access, and upgrades.

In celebration of the launch of the programme, Qatar Airways will offer 3,000 Qrewards for all new accounts created in Asia-Pacific, Middle East and Pakistan and Africa until 3 May 2019. Bonus Qrewards will be credited to the account within a week of qualification. Eligibility requirements can be found on the programme’s website at: www.qatarairways.com/beyondbusiness

Qatar Airways Chief Commercial Officer, Mr. Ehab Amin, said: “We are delighted to now be able to extend ‘Beyond Business by Qatar Airways’ to our global network. As a preferred carrier for business travellers, Qatar Airways recognises the importance of offering a premier corporate rewards programme. What makes this scheme truly unique is that it enables small and medium-sized enterprises to be rewarded for their bookings and enjoy special benefits that make business travel even more rewarding. We invite all small and medium-sized companies to take advantage of this special programme.”

A full-service account portal makes it easy for registered corporates to book flights, redeem their Qrewards, and access insightful reporting that will help manage their travel budget. Full information including FAQs on ‘Beyond Business by Qatar Airways’ can be found on the airline’s website: www.qatarairways.com/beyondbusiness

Qatar Airways currently operates a modern fleet of more than 250 aircraft via its hub, Hamad International Airport (HIA) to more than 160 destinations worldwide.

Qatar Airways, the national carrier of the State of Qatar, is celebrating more than 20 years of Going Places Together with travellers across its more than 160 business and leisure destinations on board a modern fleet of more than 250 aircraft. The world’s fastest-growing airline will add a number of exciting new destinations to its growing network this year, including Lisbon, Portugal; Malta; Rabat, Morocco; Langkawi, Malaysia; Davao, Philippines; Izmir, Turkey; and Mogadishu, Somalia.